The Netter Center main office will be operating remotely until at least January 24, 2022.  Please contact nettercenter@upenn.edu for general inquiries.

Check out the latest Letter from Netter newsletter for University-Assisted Community Schools programming and other events.

The Honorable Risa Vetri Ferman, C’87, talks about how the events on May 13, 1985 and her time at the Netter Center changed her perspective on the importance of civic engagement and community.

"Community service became my purpose in life after my experiences with Netter. I came to fully realize how fortunate I was in my own life and was drawn to professional work that would give me the opportunity to share my good fortune with others and to improve the community we all share." 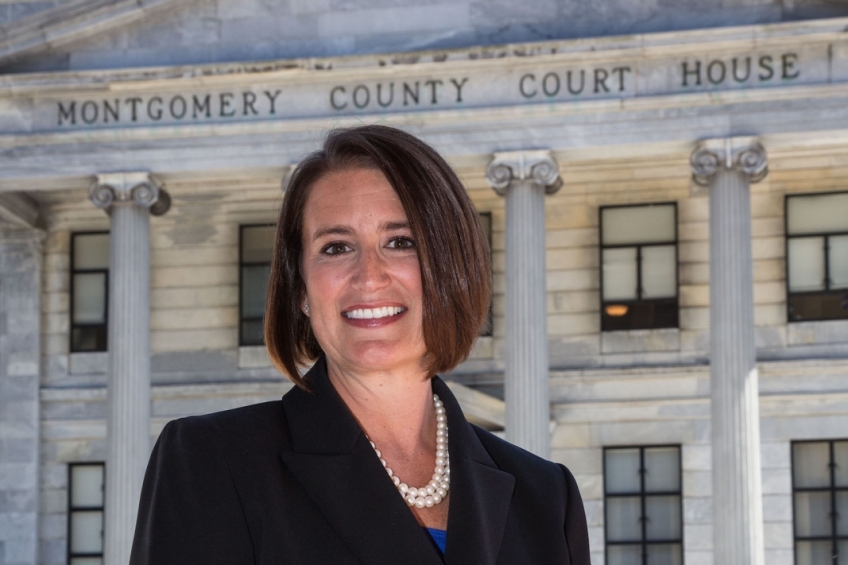 At 5:38 PM on May 13, 1985, the City of Philadelphia dropped a bomb on the MOVE headquarters on Osage Avenue in West Philadelphia. As a Penn sophomore, Judge Risa Vetri Ferman was both shocked and forever changed. “This chaotic and catastrophic event opened my eyes to the great divide between law enforcement, the City government and the people who lived in West Philadelphia,” Judge Ferman said. As a result of this event, she decided to stay in West Philadelphia that summer and work with the West Philadelphia Improvement Corps (WEPIC), a program that would develop into the Netter Center for Community Partnerships’ university-assisted community school program.

Judge Ferman worked on multiple projects that summer. First with WEPIC and the Anti-Grafitti Network, she helped clean up the graffiti littered throughout West Philadelphia and paint murals. The university students collaborated with neighborhood children, which helped foster a partnership between Penn and West Philadelphia.  She discovered that children responded positively when the young adults demonstrated genuine interest in them. After all, children were the heart of the community and to impact social change, it was important to rally around them. Judge Ferman also tutored at the Center for Literacy. It became clear to her that quality education was not accessible to all. “I was shocked to learn that many adults could not read, which limited their options in so many other aspects of life,” Judge Ferman said. “Having so many opportunities in my own life, I felt a responsibility to serve the community and to give back to those who were less fortunate.”

“The Netter Center helped me build the foundation of my own life,” Judge Ferman reflected. Her work and time spent with Penn professors and administrators such as Ira Harkavy and President Sheldon Hackney really cemented her belief that institutions have a responsibility to partner with their communities and work together. “I discovered that big problems can be most effectively tackled by people with the courage and vision to see beyond what exists and think about what could be. Most importantly, I found out that I was a person who wanted to be part of creating solutions and had the capacity to be a problem solver,” Judge Ferman said.

For the last twenty five years, Judge Ferman has served in the justice system. For twenty three of those years, she worked as a local prosecutor, serving in every capacity from an Assistant District Attorney to the twice elected District Attorney of her county. She is now serving as a Trial Judge on the Montgomery County Court of Common Pleas and plans to serve this Court for many years to come.

Since her time at Penn and the Netter Center, Judge Ferman has dedicated her life to improving the communities around her by working collaboratively with all parties. “Over the years, my focus has been building partnerships and creating stakeholder teams to work together to solve problems. The more individual stakeholders who are working together to tackle any problem, the more likely it is that you will be able to identify and implement a solution,” Judge Ferman said.