Dhruv Maheshwari, W'15 and ENG'15, reflects on how his time at the Netter Center helped him gain a broader understanding of civic engagement, and the importance of social impact.

"The Netter Center is one of the most effective ways for any Penn student to get out of the classroom and really understand the community and city around us. It embodies Penn really well, in that it combines academic study with hands-on pragmatic action." 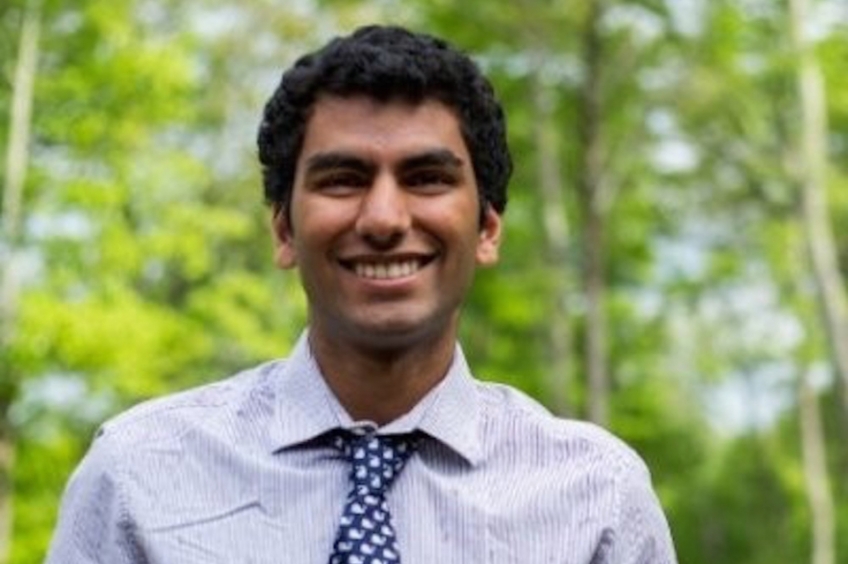 As a high school student, Dhruv demonstrated a strong interest in civic engagement. For example, he started a nonprofit focused on teaching hands on science to under resourced middle schools students in the Bay Area. At the same time, he saw education technology companies like Khan Academy and Coursera reach thousands of students with their online courses. Dhruv got very excited to see how technology could increase access to education globally. This coupled with Dhruv’s interest in entrepreneurship and engineering steered him towards applying to Penn and The Jerome Fisher Program in Management & Technology. “I was eager to go to Penn and pursue the intersection of social impact, technology and business more seriously,” Dhruv said.

Once at Penn, Dhruv sought out civic engagement opportunities by speaking with juniors and seniors already involved in West Philadelphia. Dhruv soon learned about Dr. Harkavy’s course, Urban Studies 178 and Netter Center. "I thought there was something special about the students I met through the Netter Center programs. They were the ones willing to roll up their sleeves and take action in the community. I would not be surprised if the future change-makers, community organizers, and law-makers got their start at the Netter Center," Dhruv said. He enrolled in Urban Studies 178 and soon was inspired to spend his next summer working in West Philadelphia.

Through the Netter Center, Dhruv had the opportunity to spend three summer months immersed in West Philadelphia, sitting with middle school students every day, talking to their parents, and understanding the challenges they face. It also gave Dhruv a chance to see the dynamics of the neighborhood and understand the issues teachers experienced. “The vivid memories of students I worked with have pushed me to constantly want social impact work to be a part of my life and career,” said Dhruv.

These experiences during the summer as well as his academic coursework led Dhruv to start Hack4Impact, a nonprofit, with other Penn students. The organization comprising of 25 students offers pro bono technology development services to nonprofits. The organization has since grown to seven other universities with a goal of expanding to one hundred chapters over the next few years. Dhruv remains actively involved and hopes to offer more services including fellowships and a social impact incubator.

Upon graduation, Dhruv moved back to the Bay Area. He spent his initial post graduation years working at mission-driven companies including AltSchool and LinkedIn. Recently, Dhruv and his sister have launched a new venture focused around a number of social issues including diversity & inclusion in technology. “My time at Netter reminds me to think about how products and services need to be built for urban communities and to consider the social mission as well,” said Dhruv. For Dhruv, the primary driver is having a positive social impact, a passion he will always carry forward from his time with the Netter Center.